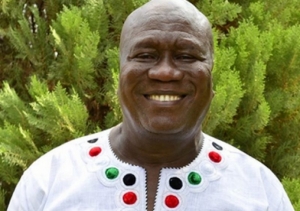 The National Coordinator of the National Disaster Management Organisation (NADMO), Mr Kofi Portuphy, has resigned, according to information available to Starrfmonline.com.Several groups including the Ghana Integrity Initiative (GII) had called for the removal of Portuphy from office after he was elected chairman of the ruling National Democratic Congress in December last year.He was the first national coordinator of NADMO under the Jerry Rawlings regime, and was re-appointed by the late President John Mills in January 2009.The Executive Director of GII, Vitus Azeem, had on several occasions called on President John Mahama to remove Portuphy from office.Azeem also called on the opposition New Patriotic Party (NPP) and other “public-spirited” Ghanaians who wish to see the various principles enshrined in the constitution respected to take the matter up to the courts if the President failed to relieve Portuphy of his position.Azeem told Starr FM in an earlier interview that Portuphy’s continued holding of the position of National Coordinator of the disaster management body after being elected Chairman of the ruling party offended the 1992 Constitution and smacked of conflict of interest.Source: Ghana/Starrfmonline.com/103.5FM