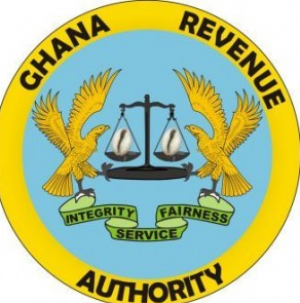 The Ghana Revenue Authority (GRA) must be legally empowered to investigate the source of funding of people who invest in huge properties to ensure that their earnings conform with their tax obligations to the State.

Participants at the zonal launch of an anti-corruption project, who made the suggestion, said the passage of would help to discourage public office holders from engaging in corrupt practices.

The participants also called for the review of the Assets Declaration Act to ensure that the assets of people entering into public offices were published before and after their tenure of office.

They recommended an anti-corruption campaign to start with pupils in basic schools so that the country could hope for a future generation that abhorred corruption.

The launch was performed under the Strengthening Accountable Democratic Institutions and Systems through Citizens Engagement Project (ADISS) at Koforidua.

The project is aimed at building the capacity of state institutions and Civil Society Organizations (CSO) engaged in anti-corruption campaigns to apply pressure on policy makers and to implement series of targeted activities to help reduce corruption.

It is being funded by the United States Agency for International Development (USAID) and is implemented by the Ghana Integrity Initiative (GII) in collaboration with the Ghana Anti-Corruption Coalition and SEND-Ghana, a CSO.

Speaking at the function, the Brong Ahafo Region Anti-corruption Officer of the Commission on Human Rights and Administrative Justice (CHRAJ), the Reverend Appiah Kubi, called for the review of the Act establishing the anti-corruption implementing agencies to enable them to prosecute cases that they investigated without referring the cases to the Attorney General’s Department.

He called for the provision of resources to CHRAJ to be able to fulfill its mandate and suggested the restructuring of the Commission to reduce its responsibilities.

Mrs Mary Awelana Addah of the GII called for the passage of the Right to Information Bill into law to empower the people to question the actions and inactions of persons in positions of trust.

She explained that when the citizens start questioning the actions of officials, the rate of corruption was likely to reduce in the society.

Mrs Addah said the four-year project would be implemented in 50 districts across the country.