NEWS » GII in the News. » GII: CID must probe into Afenyo-Markin extortion allegation 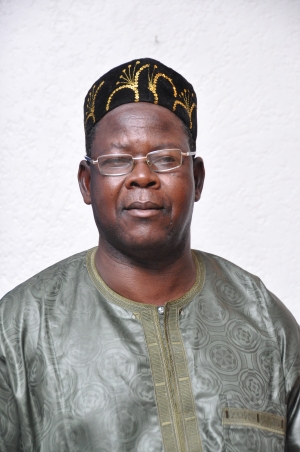 Executive Director of Ghana Integrity Initiative, Mr. Vitus Azeem, is asking the Criminal Investigations Department of the Ghana Police Service not to relent on its investigations into an extortion allegation against MP for Efutu, Alexander Afenyo-Markin.

He said persons involved in the fraudulent allegation should have been in police cells for the “unacceptable” action.

Mr. Afenyo-Markin has been accused of extorting money from the Agricultural Development Bank to allegedly abandon a case he is pursuing in court against the bank’s Initial Public Offer.

The Criminal Investigations Department has reportedly invited the MP to assist in investigations into the alleged fraudulent deals involving GH¢250,000. This followed a petition addressed to the Director-General of the CID by three individuals: Dzifa Gonu, Stephen Kwabena Atuk and Fred Adomaku Williams.

But even before the police completes its probe, the MP for Menhyia South, Dr. Mathew Opoku Prempeh has launched a scathing criticism of the police.

He told Joy News’ Evans Mensah that the case against his colleague is simply a political grand plan to annex his seat in next year’s parliamentary election.

He accused the police of being selective in fighting corruption, and working “like an appendage of the NDC”.

Dr. Opoku Prempeh is questioning the locus of the three who petitioned the CID in the affairs of the ADB, asserting that the bank which is supposed to be the victim, has not reported any case to the police.

He wondered the kind of voice analysis done by the police to confirm the Efutu MP's voice before proceeding to investigate his colleague. The whole issue “smells, walks and talks political interference,” he stressed.

According to the MP, Afenyo-Markin has been a “thorn in the flesh” of many, especially those in government. Some forces, he claimed, have decided to orchestrate the allegation to “smear him to lose his seat”.

He also alleged that the Efutu MP was harassed by top NDC executives with bribes to drop his landmark case against the Electoral Commission on the District level elections earlier this year. He ignored them and went ahead to secure victory at the Supreme Court.

But the National Organiser of the NDC, Kofi Adams has denied the party’s involvement in the allegation.

The NDC however “supports any fight by any Ghanaian against any act of corruption,” he told Joy News; reiterating description of President Mahama, likening corruption to “mass murder”.

The position of Dr. Opoku Prempeh, he said, is contrary to what NPP flagbearer has been preaching. He said Nana Akufo-Addo’s support for whistleblowers to fight corruption shows the NPP “speak with one voice and do the other”.

But the Executive Director of the anti-corruption group, Ghana Integrity Initiative, is not impressed by the political twist being put to the allegation.

Vitus Azeem said politicization of corruption makes it difficult to bring any investigations into the age-old canker to a logical conclusion.

Irrespective of where the allegation is coming from, it should be investigated, he said, and asked that the matter is considered purely as an individual affair devoid of any politics.

Meanwhile, Joy News’ Manasseh Azuri Awuni who has been following the development said the audiotape that had someone sounding like Afenyo-Marking demanding money to play “gymnastic” with the ABD court case was recorded by an NPP parliamentary candidate in the Western Region.

He would however not name the person for now.

But Vitus Azeem believes the alleged action of the candidate is a “feather in the cap of anti-corruption fighters that people are able to record these things and bring them to the public light”.