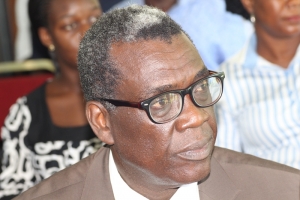 Four leading officials of the Ghana Football Association (GFA) who were captured in the #Number12 exposé by investigative journalist, Anas Aremeyaw Anas, have been formally charged with money laundering and racketeering by the police.

Information available to the Graphic Sports indicated that the four implicated officials namely, Abdul Ganiyu Lawal, Nii Komiete Doku, Leanier Addy, all members of the FA’s decision-making Executive Committee, as well as its spokesperson and Deputy General Secretary in charge of Communication, Ibrahim Sannie Darra, were invited to the Police Criminal Investigation Department (CID) of the Ghana Police Service on Thursday, July 5 and charged with money laundering and racketeering. They were later granted bail after their statements were taken.

The Graphic Sports understands that the four officials, who were accompanied by their lawyers, denied the charges,.
A police source revealed that Kofi Manu, chairman of the FA’s Player Status Committee who was also captured in the expose, is expected to have his date with the investigators on Monday, July 9.

A lawyer for one of the indicted FA officials, said the was surprised at the charges levelled against his client given what was shown in the # Number12 documentary.
"It is difficult to explain how the police arrived at such charges when the documentary evidence they are basing their charge on did not indicate such offences.
"Maybe, just maybe, they have more evidence than what we have been made to believe and we await their further action. While my client is ready to cooperate with the police in their investigation, I will resist any attempt to hang around his neck an offence he did not commit," the lawyer told the Graphic Sports.
“How can alleged bribery suddenly change to money laundering and racketeering?”

On June 6, Anas premiered his latest documentary which sought to expose massive corruption in Ghana football. Then GFA president, Kwesi Nyantakyi, other FA officials and many referees were captured in the documentary receiving money as cash gifts and allegedly to influence matches or the discharge of their duties.

In the ensuing public outrage after the exposé, Mr Nyantakyi was arrested by the police on his arrival in Ghana from international duties in Morocco, following a report to the police by President Nana Addo Dankwa Akufo-Addo that the FA boss had criminally used his name and that of other leading government officials to solicit money.

Subsequently, the Ethics Committee of football’s world governing body FIFA provisionally suspended Mr Nyantakyi, a member of its decision making FIFA Council, from all football activities for 90 days pending investigation for suspected ethical violations over his conduct in the expose.

On June 8, Mr Nyantakyi, resigned as GFA president after 13 years in office, and later relinquished his positions in FIFA and CAF as its first vice president.