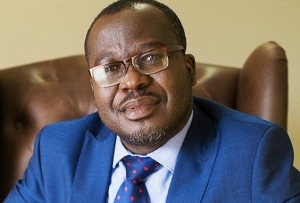 The Managing Director of the Bulk Oil Storage and Transport Company, Alfred Obeng Boateng, has been sacked.

A letter signed by the Executive Secretary to the President, Nana Bediatuo Asante said Mr Obeng has until Friday, June 8, to hand over to one George Mensah Okley.

Mr. Obeng Boateng’s reign as BOST Managing Director has been dogged by one controversy and another relating to the sale of contaminated fuel to some private organisations.

He was, however, cleared by Bureau of National Investigations (BNI), according to Energy Minister Boakye Agyarko who had set up a committee to investigate the sale.

Mr. Obeng’s dismissal is the second major announcement to have been made Wednesday by the Presidency following the termination of the appointment of Managing Director of Ghana Ports and Harbours Authority, Paul Asare Ansah.

He has been directed to vacate his office by close of day, Friday, June 8.

JoyNews has also learnt that another shakeup is likely to hit the Social Security and National Insurance Trust (SSNIT) within a few hours.

Meanwhile, we are learning that the Chief Executive Officer at the Ghana Export Promotion Authority (GEPA), Gifty Klenam, has also been removed from her post. This information has, however, not been verified independently.

Madam Klenam and her deputy, Sayibu Akilu are said to be at loggerheads with each other for some time now, a development which is having a ripple effect on (GEPA).

GEPA is strategically placed to drive the government’s one-district-one-factory programme to project government’s agenda for creating jobs and boost the country’s Non-Traditional Exports.